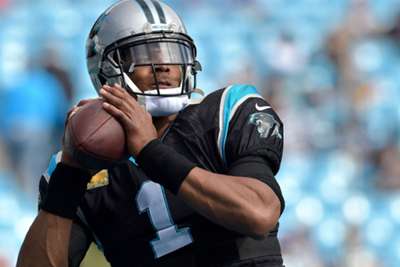 A Pro Bowl player surprisingly came out of retirement, while a star quarterback addressed his recovery from a major shoulder injury.

That and more in this edition of NFL news and notes.

That did not last long. Ryan Kalil said he was retiring after 2018 but announced on Thursday he was returning to the field and signing with the New York Jets. The center spent his first 12 seasons with the Carolina Panthers and made five Pro Bowls during his time with the team. He should provide a big boost to New York's offensive line, which is tasked with protecting second-year quarterback Sam Darnold.

Newton's recovery a 'work in progress'

Cam Newton struggled with a shoulder injury throughout most of 2018 and he underwent offseason surgery in January. Newton, who seems to be on track to start for the Panthers in week one against the Los Angeles Rams, met with the media for the first time during training camp on Thursday. Newton said his recovery continues to be a "work in progress" but he is feeling "good".

Dallas Cowboys star Amari Cooper is entering the final year of his contract and he could be in line to receive a similar deal to the five-year, $100million extension Michael Thomas signed with the New Orleans Saints this week. Cooper was asked about Thomas' new deal and replied: "It was a big contract. Good for him. … I don't know [if it will impact me]. Hopefully."

He added: "I'm just not interested about the contract. For some reason it's just not on my mind. I'm more interested in just playing football."

Jaguars' Williams out with meniscus tear

Linebacker Quincy Williams, the Jacksonville Jaguars' third-round pick in 2019, tore the meniscus in his right knee and will miss four to six weeks. Williams, however, is not expected to miss much regular-season action and could be healthy for week one against the Kansas City Chiefs.

Chicago Bears quarterback Mitchell Trubisky probably will not be the MVP, however, that has not stopped some from speculating he might be in the conversation. Trubisky, who was the most popular MVP futures bet in early July according to Caesar's palace, told NFL.com: "It's funny. All the people betting on me to win in Vegas, it's just good odds. So, why not? If it happens, the payout is great. If not, you don't lose that much."

JJ Watt continues to show he is a stand-up person.

When you trade the shoes off your feet and the gloves off your hands for a service member’s military jacket.