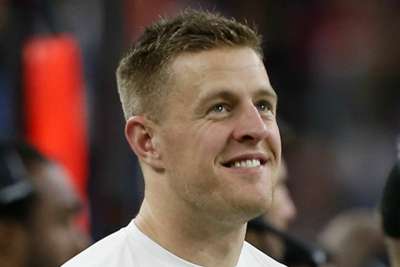 Houston Texans star J.J. Watt had a lot of fun riding into practice on Monday — that is until he broke his means of transportation.

The Texans and Green Bay Packers held a joint practice in Green Bay, which allowed Watt to take part in a longstanding Packers tradition of players riding a child's bike to practice.

It was something Watt said he has dreamed about since he was a kid growing up in Wisconsin.

However, breaking the bike probably was not part of that dream.

Watt did not last long on the child-sized bike.

A pair of #Texans had a great return to their home state on Monday morning in Green Bay.

"It was pretty awesome until I broke the bike," Watt told media after practice. "The bike I was using wasn't equipped for a 290-pound man and the seat broke off. We have purchased a new bike for the boy. I apologise for that.

"It's one of the coolest traditions."

Watt did not hesitate to choose which bike he would ride. He picked the first kid in line despite the fact he was wearing a Packers jersey.

"I mean, I can't walk past a kid," Watt said. "That's hard. He had a [Aaron] Rodgers jersey on, which is fine. I respect it. I support loyalty. The welcome and reception I've gotten since I got back here, to see people wearing my jersey, it's pretty crazy."

He eventually upgraded to larger sized wheels to the fans' enjoyment.

"It's one of the coolest traditions," Watt said. "Growing up here, I know how special it is to get to interact with a player from the Green Bay Packers. For them to have that tradition, where kids get to be up close and personal with their favourite players and they get to hold their helmet.

"I mean, that's what it's all about. Those are the memories that those kids are going to have for a lifetime. For me to be able to participate in it as a player was cool." 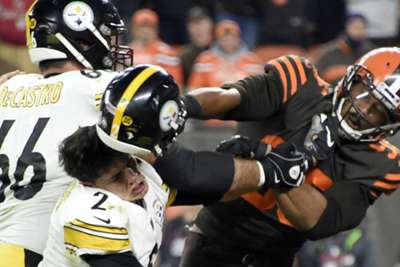