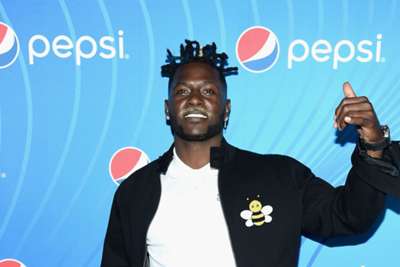 Now that the preseason is officially underway, more and more NFL news is coming out.

We are tracking the latest from around the league – from suspensions to one player threatening to retire – in this edition of NFL news and notes.

Just a couple of days after Colin Kaepernick sent a message to NFL teams with an intense workout video, saying he is "still ready", United States president Donald Trump weighed in on the former San Francisco 49ers quarterback's situation. Trump said he would "love" to see Kaepernick return to the NFL, but only "if he is good enough".

Kaepernick, who has not played in the NFL since 2016, was the first player to kneel during the national anthem to protest social and racial inequality. He started a movement among players, drawing criticism from Trump and many others. Kaepernick filed a grievance against the league and its ownership, which was settled in February, accusing NFL owners of colluding to keep him out of the game.

With the first slate of preseason games behind us, several notable rookies made an impressive debut with their respective teams. Kyler Murray, this year's top overall draft pick, was nearly perfect in his first game with the Arizona Cardinals. He completed his first six passes for 44 yards and had a 92.9 quarterback rating against the Los Angeles Chargers. "It's really crazy. It feels like a dream come true to finally be here in front of the fans," Murray said after the game.

Another star of the preseason has been New England Patriots backup quarterback Jarrett Stidham. The rookie completed 14 of 24 passes for 179 yards with one touchdown and no interceptions in the Patriots' 31-3 preseason win over the Detroit Lions. "You can see why the staff wanted to have him here," New England veteran tight end Ben Watson said.

Christian Wade was another star to steal the show on Thursday as the Buffalo Bills running back, who is a converted rugby player, took his first carry 65 yards for a touchdown against the Indianapolis Colts. "It gives me the positive energy that I'm making strides in the right direction. I know I've got loads of work to do," Wade said.

Kearse injured his leg in the first quarter of the Lions' game against the Patriots. He was blocking during a run play less than three minutes into the game, but stayed down on the field and was then carted off with an air cast around his leg. He reportedly suffered a broken leg. He had been expected to be the Lions' number four receiver.

Sudfeld suffered a broken bone on his non-throwing wrist in Thursday's preseason opener and underwent surgery on Friday. He went down toward the end of the first half against the Tennessee Titans. He went 10 for 18 passing for 177 yards and a touchdown before suffering the injury. He is expected to miss six weeks, which means Cody Kessler is now in line to be Carson Wentz's primary backup.

Antonio Brown's time with the Oakland Raiders is going exactly as expected. The wide receiver has informed Raiders officials he will not play for the team unless he can use his old helmet, which is now prohibited under NFL rules, according to ESPN. Brown started training camp on the non-football injury list with a "minor injury" and it was later reported that he got frostbite on his feet from a cryotherapy machine after using it "without the proper footwear".

While coverage of Brown's absence had focused on the star's foot issues, it turns out the issue may instead have been about his head. ESPN reported Brown has filed a grievance with the NFL over changes to its helmet rules, which will prevent him from wearing the helmet model he has used throughout his pro career.

Earlier on Friday, Pittsburgh NBC affiliate WPXI reported the former Steeler has gone "radio silent" and the Raiders have "zero clue where he is or what the progress of the foot injury is".

Brown has a tendency to be at the center of drama, so this appears it will blow over.

The Cleveland Browns will have to wait to have their full offense together for the 2019 season as receiver Antonio Callaway is facing a four-game suspension for violating the league's substance abuse policy.

The suspension stems from an August 2018 incident in which Callaway was cited for marijuana possession and driving with a suspended license. Callaway had argued at the time that he was not responsible for what police described as a "small amount" of marijuana found under a seat after he was pulled over in Strongsville, Ohio.

"I take full responsibility for my actions. I made a mistake and I own that," Callaway said in a statement.

Callaway is eligible to participate in all preseason practices and games, but he will not be allowed to return to the Browns' active roster until Monday, September 30.

A feel good moment of the day: Odell Beckham Jr. and a young fan share a special handshake at Browns training camp.

.@obj and this little fan is the best way to start Day 12 of #BrownsCamp pic.twitter.com/h8ItHTdqWr

Let's go back to the Antonio Brown story for a second. Needless to say, there was a huge reaction to the developing news as the receiver threatens to retire over a ... helmet rule. Here's one of the best reactions:

Don’t let the helmet saga (#helmetgate) distract from the fact the dude has frostbitten feet from refusing to wear the right footwear in a cryo chamber.