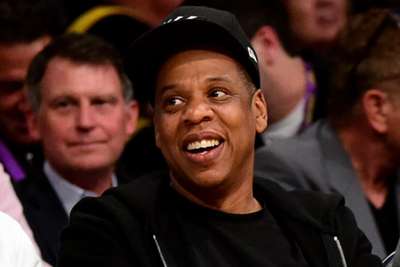 The NFL is linking up with Roc Nation, rapper Shawn 'Jay-Z' Carter's entertainment company, to form a social justice partnership for the 2019 season, the Washington Post reported.

The initiative is part of the NFL's Inspire Change programme and will allow Roc Nation to be a co-producer of the Super Bowl half-time show, as well as other production of music throughout the season.

Carter said he hopes that by bringing Roc Nation and the NFL together, players and league members can bring about social awareness while giving back to their communities.

"With its global reach, the National Football League has the platform and opportunity to inspire change across the country," he said. "Roc Nation has shown that entertainment and enacting change are not mutually exclusive ideas - instead, we unify them. This partnership is an opportunity to strengthen the fabric of communities across America."

Roc Nation, which represents running backs Todd Gurley and Saquon Barkley among several NFL clients, will create and distribute music across its platforms, on top of collaborating with the NFL for live musical events that include a Pro Bowl community concert.

Original music, podcasts and visual albums are also part of the deal and could be produced under the Roc Nation label.

"Roc Nation is one of the most globally influential and impactful organisations in entertainment," NFL commissioner Roger Goodell said. "The NFL and Roc Nation share a vision of inspiring meaningful social change across our country. We are thrilled to partner with Roc Nation and look forward to making a difference in our communities together."

It is worth noting that Jay-Z is not obligated to perform at the Super Bowl nor other NFL events.

The partnership comes after Carter publicly supported free agent quarterback Colin Kaepernick, who started kneeling during the national anthem during the 2016 season to protest against racial and social injustice.

Since 2017, Kaepernick has not been part of an NFL team, which has led many to criticise and boycott the league over alleged collusion against the quarterback.

Kaepernick settled with the NFL over his allegations of collusion, while many artists have decided not to participate in NFL activities over the issue.

Mekhi Becton, heaviest player at the NFL Combine, dazzles in 40-yard dash
Despite weighing over 360 pounds, Mekhi Becton produced a remarkable performance on the track in Indianapolis.
Data provided by Opta Sports. Articles provided by OMNISPORT.