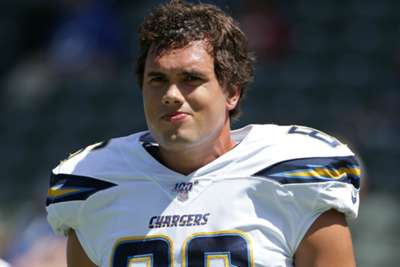 Hunter Henry is reportedly expected to miss four to six weeks after the Los Angeles Chargers tight end suffered a fracture in his knee.

Henry sustained a tibia plateau fracture  — a break in the upper portion of the tibia, or the shin bone — to his left knee during Sunday's overtime win against the Indianapolis Colts.

A timeline for his return has yet to be confirmed, though he at least appears to have avoided surgery, and ESPN reported the Chargers anticipate he will be out for four to six weeks.

"You know, we have reliable backups," Chargers coach Anthony Lynn said. "It's week to week sometimes in this league. You just don't know what kind of roster you're going to have because of these situations.

"You just have to figure out how to use the guys we have the best we can to get the most out of them. It's definitely not going to change our offense, but we're definitely going to miss him."

Henry has dealt with a number of significant injuries in his career. He sustained a lacerated kidney late in the 2017 season and a torn anterior cruciate ligament in the 2018 preseason that sidelined him until the Chargers' playoff defeat to the New England Patriots in January.

He caught four passes for 60 yards in Week 1. The Chargers visit the Detroit Lions on Sunday.