Mahomes puts up huge numbers in first half against Raiders 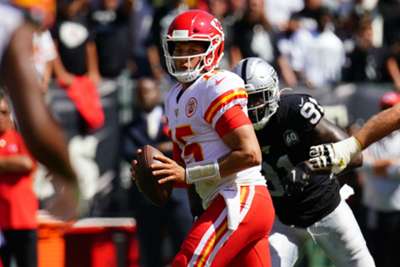 Mahomes had an impressive first half against the Raiders in Oakland.

At half-time, he already had four touchdown passes and 313 yards. The breakdown of those stats is even more impressive.

Mahomes became the first signal-caller to throw for more than 278 yards in any quarter since Drew Brees did so in 2008.

Stop us if you've heard this before... TD @demarcus! #KCvsOAK | : KCTV5 pic.twitter.com/GBQuWMwLlR

Kansas City were up 28-10 entering the third quarter.