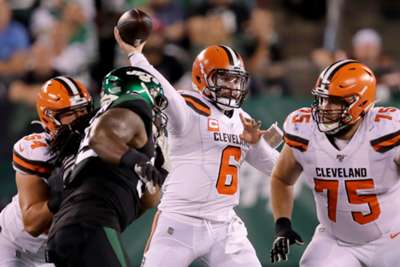 Odell Beckham Jr.'s performance was the highlight of the Cleveland Browns' 23-3 win over the New York Jets in the NFL on Monday.

The game itself was not that exciting, but Beckham continued to make impressive catches in something of a homecoming – only this time it was in a Cleveland uniform.

The game started with Beckham making a one-handed grab to set up the Browns' first score, a 23-yard field goal.

And then an 89-yard touchdown reception followed, where the only person to keep pace with Beckham was the sideline official.

The three-time Pro Bowl wide receiver finished with six receptions for 161 yards and the lone touchdown.

His output nearly equalled that of the Jets' passing total.

Three takeaways from the Browns' easy win over the Jets

It is only Week 2, and it was a matchup with the struggling and depleted Jets, but the Browns did look like a team that might be able to live up to their preseason hype.

After a forgettable performance in Week 1 that saw Cleveland rack up 18 penalties, the team were far more composed at MetLife Stadium.

The Browns ended the night with nine penalties and had an all-round better performance behind quarterback Baker Mayfield, who finished 19-of-35 passing for 325 yards with one score and one interception.

The two receivers' relationship dates back to well before they played together at LSU. They are so close that Jarvis Landry cried when he found out Beckham was joining the Browns this offseason.

After the 2014 draft separated Beckham and Landry, they reunited on a team that were touted as playoff contenders, which puts some pressure on the pair – along with Mayfield.

Cleveland will have a tough schedule ahead against teams that have all started 2-0. The Browns avoided the dreaded 0-2 start themselves and finally got a win on the road in Beckham's old house, which should give the team confidence going forward.

New York, who were already without starter Sam Darnold, were forced to bring in third-string quarterback Luke Falk in the first half.

Trevor Siemian exited the game after suffering an ankle injury, the team announced. He is scheduled to undergo an MRI to assess the damage on Tuesday.

Until then, the Jets will need to make a decision when it comes to their offensive plans because even with Siemian in the game, they struggled mightily. They started the second quarter with just one yard of offense and it did not get much better from there.

Falk, a second-year QB out of Washington State, finished 20 of 25 passing for 198 yards. 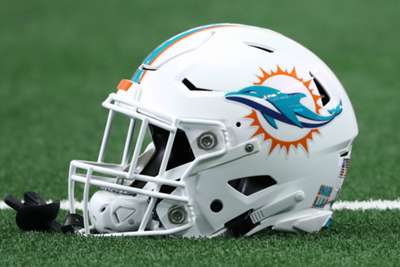