That´s what he said: 10 best NFL quotes from Week 2 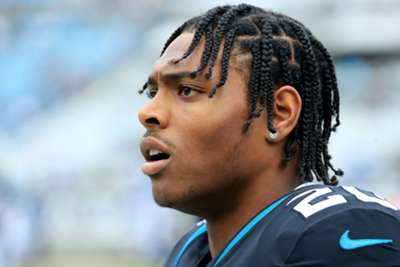 Few people could have predicted that Teddy Bridgewater, Mason Rudolph and Daniel Jones would be the talk of the NFL at the end of Week 2.

But that is where things stand after the official benching of Eli Manning on Tuesday followed injuries to Drew Brees and Ben Roethlisberger on Sunday.

From post-game news conferences to next-day media availabilities, here are the 10 best Week 2 quotes from players and coaches around the NFL:

– Los Angeles Rams head coach Sean McVay spoke highly of his interior offensive line's performance against the New Orleans Saints on Sunday despite being composed of two new starters: "Really, when you look at those three guys, very young group," he said. "They did a good job as the game progressed."

– Despite a disappointing outing on Sunday in which he missed three kicks, Indianapolis Colts veteran Adam Vinatieri is not getting discouraged: "I'm going to work a lot this week to get those demons out so I can go clear-headed and step on the field and just do my job," he told reporters.

– Tampa Bay Buccaneers coach Bruce Arians talked about what it was like babysitting Ronde and Tiki Barber in late 1970s as a Virginia Tech team-mate and room-mate of their father James: "[Ronde]'s got some really ugly pictures of me with some bad hair."

– Jacksonville Jaguars cornerback Jalen Ramsey requested a trade but remains focused on winning while he is still with the team: "All I care about is winning man, s***...I want to f****** win. Straight up. Excuse my language," he told reporters.

– Speaking of Ramsey, Dallas Cowboys owner Jerry Jones took notice of the situation and suggested players refrain from airing their grievances on social media: "I would tell them that I can't tell you the teams that have said to me, 'Boy, that's the last thing I need is somebody that would put his business out there like that and talk about it in public. I don't want him either'," Jones told 105.3 "The Fan" in Dallas. "Usually it's a rule around the NFL that if they'll act that way with the team they're with, they'll act that way with the team I've got or the one I'm managing."

– In the wake of Roethlisberger's season-ending elbow injury, Pittsburgh Steelers coach Mike Tomlin remains optimistic the veteran will be back next year: "He fully intends to come back from his injury, and everything we've heard, we're comfortable that's a strong possibility," he told reporters. "I'll say this — we feel comfortable with the team we've assembled. Our level of expectations in terms of level of our performance will not change and has not changed."

– With Carolina Panthers quarterback Cam Newton also hurt, safety Eric Reid is open to the idea of the team potentially signing Colin Kaepernick: "The team have not approached me, but I would welcome that."

– New York Giants coach Pat Shurmur is focused on the future after benching long-time starting quarterback Manning for rookie Daniel Jones: "This move is more about Daniel moving forward than about Eli."

– Ahead of the team's game in Jacksonville, Tennessee Titans running back Derrick Henry is actually tired of watching his 99-yard touchdown run against the Jaguars from last December: "I'm sure [the Jaguars] are, because I am tired of seeing it — so I know for sure they are," he told reporters. "It's over with, man. It was a great moment, and I appreciate it. I cherish it. But it's time to move on now."

– New England Patriots coach Bill Belichick on his first trade with rivals the Jets: "We don't want to help the Jets, they don't want to help us. We're in the same division, so they're not the easiest trades to make but, you know, if the trade is good for both teams and ultimately what we're trying to do is improve our team. We have 14 other games to play besides the games against the Jets, so do we want to help them, do they want to help us? No and no, but in the end, if it helps us in the other 14 games and helps our team, then it's something that's worth considering."