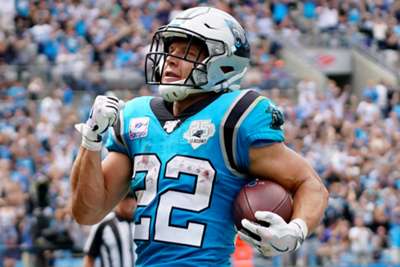 Running back Christian McCaffrey gave Carolina Panthers fans a scare when he appeared on Wednesday's injury report, but head coach Ron Rivera believes the NFL's leading rusher will be ready to face the Tampa Bay Buccaneers in London on Sunday.

McCaffrey is having an outstanding season with the 3-2 Panthers as he leads the league in rushing with 587 yards, while only Austin Ekeler has more receiving yards among running backs.

Last weekend McCaffrey rushed for 176 yards and two touchdowns in a 34-27 victory over the Jacksonville Jaguars, though he landed awkwardly on his back when flipping into the end zone for one of those scores.

A back injury was given as the reason for his absence from Wednesday's practice, but, speaking in London on Thursday, Rivera explained that was just cautionary.

Asked if he expected McCaffrey to play at Tottenham's stadium on Sunday, Rivera told reporters: "Yes. After a couple of extra days of treatment, it's been really good for him.

"We expect to have him out on the practice field tomorrow when we have our Friday practice."

McCaffrey, who has garnered MVP buzz with his strong start to the campaign, has been on the field for every offensive snap in three of Carolina's five games so far.

ICYMI: We made it across the pond pic.twitter.com/GbrabjJBe9 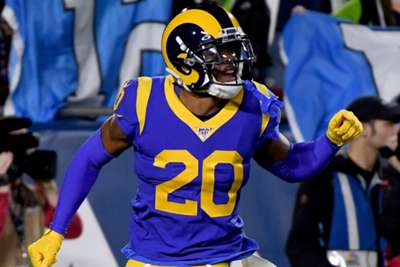