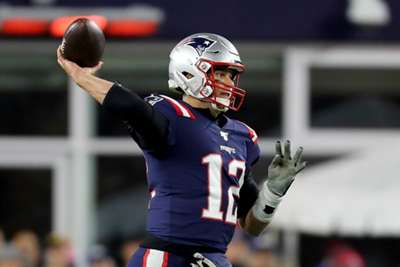 Tom Brady added another milestone to his Hall-of-Fame career during the New England Patriots' 35-14 win over the New York Giants on Thursday.

Brady needed just 18 yards heading into Thursday's game and got them on a 19-yard completion to running back Sony Michel at the 14:20 mark of the first quarter.

The 42-year-old finished Thursday's game completing 31 of his 41 throws for 334 yards with no touchdowns and one interception. Brady also rushed for six yards and two touchdowns on seven carries.

The pass that passed Peyton.

The Patriots remain undefeated in the AFC East after recording their sixth win of the season.