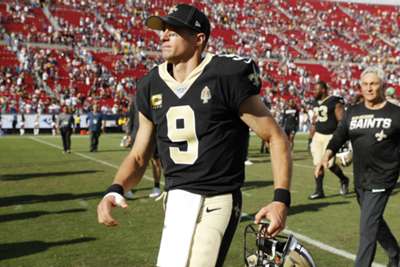 With another slate of games coming up in Week 6, we take a look at all that is happening around the league.

From key injuries to fines for big hits, we cover it all in Friday's edition of NFL news and notes.

Chiefs' Hill will be a game-time decision

There is a chance Tyreek Hill could return on Sunday. Kansas City Chiefs head coach Andy Reid told reporters on Friday that the star receiver will be a game-time decision in Week 6 against the Houston Texans after missing the team's last four games with a shoulder injury. Reid added that Hill, who returned to practice last week, ran with the scout team and the offense this week.

"He did a little bit of everything last week. This is pure how he feels," Reid said earlier this week. "This isn't a real common injury in the NFL. We're just trying to make sure it's right."

Hill initially injured his shoulder in Kansas City's season opener against the Jacksonville Jaguars on just his second catch of the day when he was tackled by cornerback Jalen Ramsey.

The Pittsburgh Steelers are moving on to their third quarterback this season after Mason Rudolph was injured in Week 5 and ruled out for Sunday.

"He's doing well," Devlin Hodges said earlier this week. "That was a scary situation, a really scary situation. He was knocked out pretty cold. To see him here and moving around and see him smiling, it's a good sign."

While it was not likely Rudolph would return this week after taking a hit from Baltimore Ravens safety Earl Thomas that resulted in a concussion, it is significant news considering Hodges will make a start against the Los Angeles Chargers as a rookie.

Rudolph, selected in the third round of the 2018 draft, had stepped in for Ben Roethlisberger – who is recovering from a season-ending elbow injury he suffered in Week 2.

Hodges replaced Rudolph during Pittsburgh's 26-23 loss to Baltimore where he went seven of nine for 68 yards with no touchdowns.

The Los Angeles Rams could be without two key players for their matchup against the San Francisco 49ers on Sunday. Running back Todd Gurley is doubtful, while cornerback Aqib Talib has been ruled out.

Gurley missed practice this week because of a quad injury he suffered last Thursday in a loss to the Seattle Seahawks.

"You feel something during the game and then I guess the adrenaline ...," Gurley said Thursday when asked about the injury. "Most definitely, though, it's those days off for sure — then it just kind of kept lingering on. It's been getting a lot better since the day after the game — always a positive way to look at things."

Talib, on the other hand, also did not practice this week as he is dealing with a rib injury.

Redskins confirm Keenum will start at QB against Dolphins

Bill Callahan has made his first major move as the Washington Redskins' interim head coach. Quarterback Case Keenum, apparently sufficiently recovered from a foot injury, will start against the Miami Dolphins on Sunday, the Washington coach confirmed Friday.

Keenum, who has completed 68.1 per cent of his passes for 970 yards and seven touchdowns with four interceptions this year, opened the season as the team's starter but was pulled for rookie Dwayne Haskins in Washington's Week 4 loss to the New York Giants and was later replaced by Colt McCoy in a Week 5 loss to the New England Patriots.

At 0-5, the Redskins are still trying to figure out their quarterback situation.

Ravens' Thomas reached out to Rudolph after hit

Ravens safety Earl Thomas told ESPN he received a $21,000 fine for his hit on Steelers quarterback Rudolph. Thomas said he attempted to reach Rudolph through a phone call and text, but has not heard back.

Rudolph was injured in the third quarter of last Sunday's game as he was attempting to make a throw, but he took a hit from Thomas before he got the pass off.

Is New Orleans Saints quarterback Drew Brees nearing a return? Brees was seen without a thumb brace at the team's practice on Friday and did throw some routes.

Drew Brees with no thumb brace at #Saints practice on Friday. Did some receiving routes during the workout. @FOX8NOLA pic.twitter.com/ADaN6EwSek

Mark this one as unusual. The Jaguars are giving out fake moustaches to 35,000 fans as part of the Gardner Minshew craze. What is more is those who cut their jeans into shorts (aka "jorts") will get a free Minshew jersey.

Minshew Mania revs up into high gear Sunday with the NFL and Jaguars giving out 35,000 mustaches to fans. Ten fans who cut their jeans into “jorts” will receive Minshew jerseys as well. Mustaches just arrived in Jax. Get ‘em while they’re hot. pic.twitter.com/1QQneKz9pA