Jalen Ramsey misses out for Jaguars against Saints 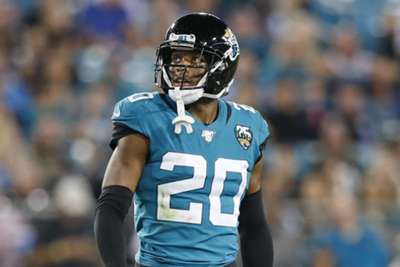 Jacksonville Jaguars will be without Jalen Ramsey for Sunday's NFL meeting with the New Orleans Saints.

Ramsey had missed the past two games due to a back injury, but Jaguars owner Shad Khan revealed earlier in the week he expected the cornerback to return in time to take on the Saints.

However, Ramsey was inactive after the team listed him as questionable.

Khan had added he had a "heart-to-heart" with Ramsey and that the two sides will come up with a solution in the wake of the All-Pro's trade request.

Jalen Ramsey and Josh Oliver are inactive today against the Saints.

Following Khan's interview, ESPN reported Ramsey was still to consider his fitness before playing, while nothing had changed about his stance on wanting to be traded.

Ramsey returned to practice on Wednesday on a limited basis after visiting a specialist in Houston for his back ailment.

The injury comes after Ramsey was involved in a heated exchange with Jaguars coach Doug Marrone on the sideline during the team's loss to the Houston Texans in Week 2.

Ramsey requested to be dealt shortly after the incident. He played in Week 3 but has not appeared since, ending his streak of starting the first 51 regular-season games of his NFL career.