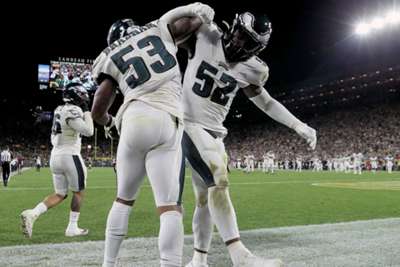 Brown called out his former Washington Redskins team-mate Kirk Cousins earlier this week, labelling him Minnesota's "weakest link," before the signal-caller exploded for his best performance of the year.

Cousins threw for 333 yards and four scores en route to the Vikings' victory over Philadelphia on Sunday, torching an Eagles secondary that have struggled all season.

Brown, who signed with Philadelphia ahead of the 2019 season, notched five tackles in the Week 6 contest and has a total of 31 in 2019.

The 29-year-old veteran was a Pro Bowl player in 2016 and is expected to garner interest from multiple teams.