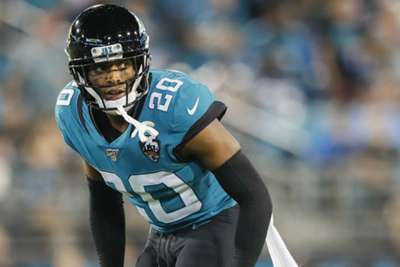 ESPN claims the Rams have acquired Ramsey from the Jaguars in exchange for two first-round picks in 2020 and 2021 and a fourth-round pick in 2021.

Ramsey asked the Jaguars to trade him after a Week 2 spat with Jacksonville head coach Doug Marrone.

Jaguars owner Shad Khan said he wanted to keep him but Jacksonville appear to have caved.

The Rams also traded Marcus Peters to the Baltimore Ravens earlier in the day on Tuesday.

Ramsey has been named to two Pro Bowls and one first-team All-Pro roster in his four-year NFL career.