Quarterback Brock Osweiler has retired from the NFL after seven seasons at the top level.

Osweiler, 28, was drafted by the Broncos with the 57th overall pick in the second round of the 2012 NFL Draft out of Arizona State.

He would go on to spend four years in Denver and help the Broncos win Super Bowl 50.

Before the 2016 season, Osweiler signed a four-year, $72 million contract with the Texans. His time in Houston lasted one season before getting traded to Cleveland and then he was released at the start of 2017. He returned to Denver on a one-year deal before spending the 2018 season with Miami.

“I’m extremely grateful for the time I did receive playing in the National Football League,’’ Osweiler said (via KUSA). "The experiences I did have, people I did meet, relationships I did make - I’m not going to dwell on the things that didn’t happen in my career."

Congratulations to former #Broncos QB Brock Osweiler — a key member of our #SB50 team — who announced his retirement today to @9NEWSSports. 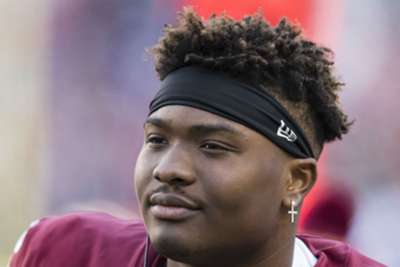