Alvin Kamara, Jared Cook ruled out for Saints against Bears 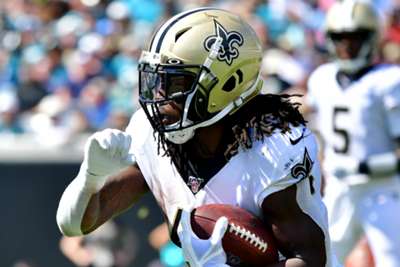 Alvin Kamara and Jared Cook have been ruled out for the New Orleans Saints' meeting with the Chicago Bears, the team announced on Friday.

Running back Kamara has been dealing with an ankle injury over the past week and was listed on the Saints' injury report with a knee issue in addition.

Tight end Cook has also dealt with an ankle injury and neither player practiced this week.

Kamara was last week listed as questionable ahead of the Saints' game against the Jacksonville Jaguars and wound up playing, rushing 11 times for 31 yards and catching seven passes for 35 yards.

Cook has appeared in six games, catching 15 passes for 168 yards and two touchdowns.