Ryan set to return for Falcons against Saints 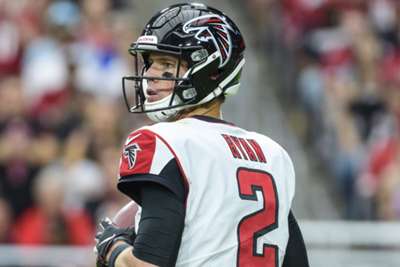 Atlanta Falcons quarterback Matt Ryan is set to return against the New Orleans Saints on Sunday.

Ryan missed the Falcons' 27-20 loss to the Seattle Seahawks on October 27 due to a sprained right ankle.

But he is set for a return against the Saints as the struggling Falcons look to end a six-match losing streak.

"Just mobility. I would say that would be probably the biggest thing where you can, not on design plays out of the pocket, but when you have to improvise and move without having [a] certain number of steps or such."