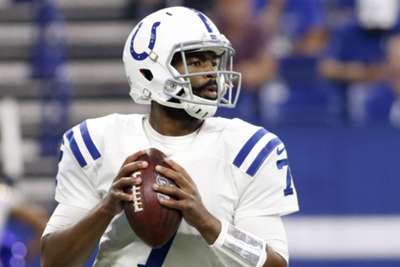 The Indianapolis Colts will be without quarterback Jacoby Brissett against the Miami Dolphins after he was ruled out with a knee injury.

Brissett has been the Colts' starter this year after Andrew Luck's unexpected retirement on the eve of the season, leading the team to second in the AFC South with a 5-3 record.

But Indianapolis will have to cope without Brissett against the lowly Dolphins, who claimed their first win of the campaign against the New York Jets last time out.

The 26-year-old, who has 14 touchdowns to just three interceptions and 1,649 yards passing for the season, injured his knee in last week's defeat to the Pittsburgh Steelers.

Brissett's absence was confirmed on Saturday, meaning Brian Hoyer is in to start, with reserve quarterback Chad Kelly promoted to the active roster.

QB Jacoby Brissett has been downgraded to OUT.

CB Pierre Desir has been downgraded to DOUBTFUL.

While the Colts could not get their quarterback fit in time for Sunday, the Atlanta Falcons could. Matt Ryan will return against the New Orleans Saints. 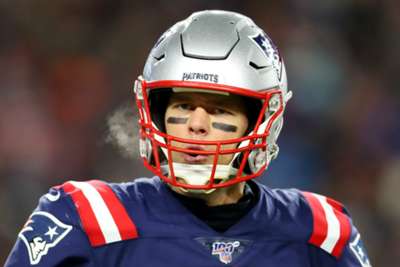