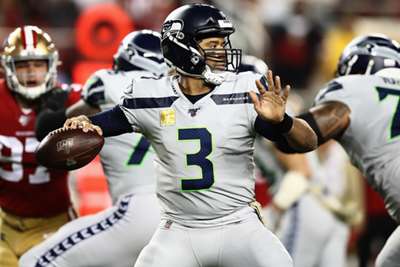 The Seattle Seahawks handed the San Francisco 49ers their first loss of the NFL season with a thrilling 27-24 overtime victory on Monday.

Seahawks star Russell Wilson led the way, completing 24 of 34 passes for 232 yards, one touchdown and an interception.

Seattle were forced to come from behind after the 49ers, who are now 8-1, made a fast start.

Jimmy Garoppolo (24 of 46 for 248 yards, one TD and one interception) was inconsistent, while Deebo Samuel finished with 112 receiving yards before the Seahawks (8-2) won a thriller between NFC West rivals.

San Francisco also have injury worries after the likes of Emmanuel Sanders (rib), D.J. Jones (groin) and Azeez Al-Shaair (concussion) were ruled out during the game.

The 49ers dominated the opening quarter and a seven-play, 83-yard drive finished with Garoppolo finding Kendrick Bourne up the middle to make it 10-0.

Bourne to score TDs. @BournePoly11@49ers up 10-0 in the first quarter. #GoNiners

Seattle found a response late in the second quarter, Jadeveon Clowney scoring after Jarran Reed forced a fumble from Garoppolo.

The Seahawks scored twice late in the third quarter to take a 21-10 lead, only for the 49ers to fight back.

Wilson was sacked by the 49ers before a Germain Ifedi fumble allowed DeForest Buckner to score, a Chase McLaughlin field goal then levelling the scores with six minutes, 21 seconds remaining.

Seattle restored their lead through a 46-yard Myers field goal with 1:48 left in the encounter.

However, McLaughlin – a rookie – stepped up for the 49ers as time expired, converting a 47-yard field goal to force overtime.

Incredibly, Wilson was intercepted as he looked to be leading Seattle to victory before McLaughlin pulled a 47-yard attempt with 3:06 to play.

Wilson would take his next chance, his 21-yard run leading to Myers' game-winner from 42 yards. 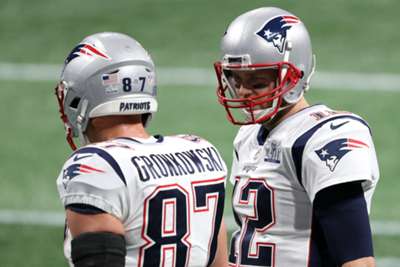