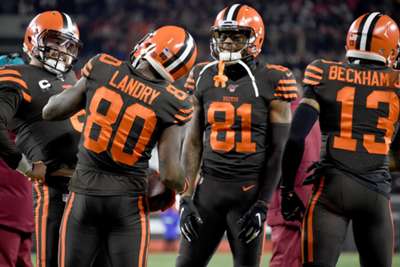 The Cleveland Browns upset the Pittsburgh Steelers 21-7 in an NFL clash marred by an ugly late incident on Thursday.

Baker Mayfield helped the Browns (4-6) to a surprise victory over the Steelers (5-5) in a showdown between two AFC North rivals in Cleveland.

Mayfield went 17 of 32 for 193 yards and two touchdowns, while he also rushed for a score.

Steelers quarterback Mason Rudolph struggled, going 23 of 44 for 221 yards and a touchdown, but he was intercepted four times.

However, there was drama involving Rudolph, Myles Garrett and Maurkice Pouncey in the final seconds.

Garrett ripped Rudolph's helmet off before swinging it and hitting the QB in the head, before Pouncey aimed punches and kicks at the Browns defensive end.

Mayfield and Odell Beckham Jr. combined for 42 yards to help the Browns to their first TD, the former then rushing over.

A seven-play, 71-yard drive finished with Mayfield finding a wide open Jarvis Landry to make it 14-0 Browns in the second quarter.

The Steelers looked to be getting a way back into the game when Rudolph found Jaylen Samuels, but that was as close as they got.

Cleveland's Damarious Randall was ejected during the third quarter for a helmet-to-helmet hit on Johnson, who was left bleeding.

Pittsburgh's slim chances were ended when Mayfield got out of trouble to find Stephen Carlson in the end zone, sealing the Browns' win before the late drama.

.@BakerMayfield extends the play and finds Stephen Carlson in the end zone!#Browns lead 21-7. 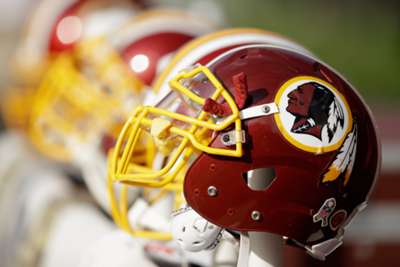