Browns coach Kitchens: I´m embarrassed and so is Garrett after Rudolph attack 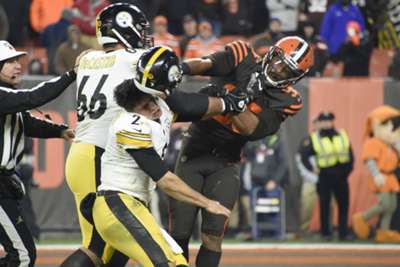 Cleveland Browns head coach Freddie Kitchens said he is embarrassed and so is Myles Garrett after the defensive end hit Pittsburgh Steelers quarterback Mason Rudolph with his helmet.

The Browns beat NFL rivals the Steelers 21-7, but Thursday's win was overshadowed by an ugly incident involving Cleveland's Garrett.

Garrett – a Pro Bowler in 2018 – ripped off Rudolph's helmet before swinging it and hitting the Steelers QB in the head late in the game.

Pittsburgh's Maurkice Pouncey then aimed kicks and punches at Garrett in shocking scenes in Cleveland.

After Browns quarterback Baker Mayfield hit out at his team-mate, Kitchens also criticised Garrett post-match as a heavy suspension looms.

"You have to be able to maintain your composure in times like that and under no circumstance do we want anything to do with anything like that. I'm embarrassed, Myles is embarrassed, it's not good so he understands what he did, he understands it's totally unacceptable and we've got to get through it."

"We don't react like that no matter what. That's not an excuse for anything Myles did at all. We're not giving him an excuse, he doesn't want an excuse so it doesn't matter what happened," Kitchens added.

When asked about the possible length of suspension, Kitchens replied: "I've never seen that in my life so we'll wait and see. I can't answer that. 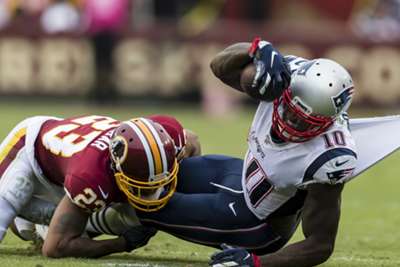