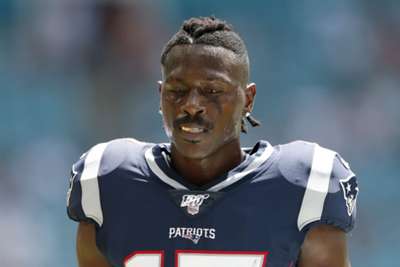 Antonio Brown has filed his initial response to accusations of sexual assault and rape made against him in a civil lawsuit by his former personal trainer Britney Taylor.

Brown, who was released by the New England Patriots in September, has always firmly denied the allegations.

The 31-year-old has now officially filed his response and counterclaims in Broward County Circuit Court, Florida.

A statement issued to Omnisport by Brown's lawyer Camille E. Blanton read: "In his pleading, Mr. Brown categorically denies each and every allegation contained in the Taylor complaint.

"Additionally, Mr. Brown provided numerous significant facts that were omitted from Taylor's complaint, including Taylor's communications to Brown revealing that Taylor was open to a romantic relationship with Brown, Taylor's travel from Memphis to South Florida 12 days after the alleged 2018 sexual assault, Taylor's arrival at Mr. Brown's residence at 2:42am on the morning of her 2018 return South Florida trip, Taylor's continued communications with Brown after the alleged rape, including a copious amount of text message (SMS) exchanges with Mr. Brown in the hours after Taylor's engagement on May 28, 2018.

"Mr. Brown is committed to his continued aggressive response to Taylor's false allegations.

"Not only does Mr. Brown seek to clear his name, but he also desires to make a statement that there is not an open season to extort professional athletes."

Since leaving the Patriots, former Pittsburgh Steelers and Oakland Raiders wide receiver Brown has claimed he has quit the NFL on several occasions, though he has subsequently refuted those comments.