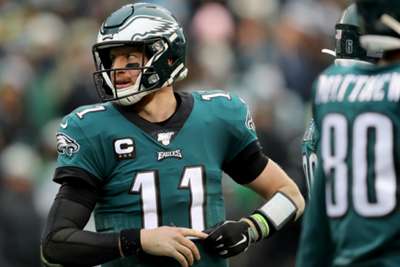 Philadelphia Eagles quarterback Carson Wentz said he is not worried about the hand issue sustained in a loss against the Seattle Seahawks.

Wentz hurt his right hand as the Eagles were beaten 17-9 by the high-flying Seahawks in NFL action on Sunday.

While Wentz is set for further tests, the under-fire Eagles QB is not worried.

"I don't think so," Wentz replied when asked if there was anything to be concerned about. "But obviously we'll wait and see."

It was another rough outing for Wentz as the Eagles fell to 5-6 – losing further ground to the Dallas Cowboys in the NFC East.

Wentz finished 33 of 45 for 256 yards, a touchdown and four turnovers – two interceptions and two lost fumbles.