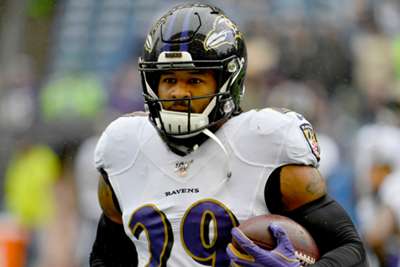 Earl Thomas said the Baltimore Ravens will be in the Super Bowl this NFL season.

Led by MVP candidate Lamar Jackson, the Ravens are flying high at 9-2 following Monday's 45-6 rout of the Los Angeles Rams.

That result has set up a blockbuster showdown between the Ravens and San Francisco 49ers (10-1) in Baltimore on Sunday.

When asked if the clash at M&T Bank Stadium is a Super Bowl preview, Ravens safety Thomas told reporters on Wednesday: "You think the 49ers are going to the Super Bowl?

"It could be. Let's see ... when the Super Bowl comes, whoever we play, they're going to be in trouble."

The Ravens are viewed by many as the favourites to win the Super Bowl, ahead of reigning champions the New England Patriots.

Jackson added: "Every team wants to chase the Super Bowl.