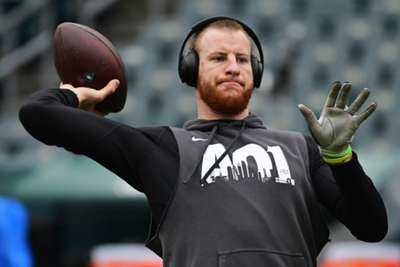 Carson Wentz said Philadelphia Eagles fans have every right to be frustrated but the embattled quarterback is confident he can return to form.

The under-fire QB finished 33 of 45 for 256 yards, a touchdown and four turnovers – two interceptions and two lost fumbles – to headline Philadelphia's woes.

Wentz, who has overcome a bruised right hand ahead of Sunday's clash with the Miami Dolphins, understands how the team's supporters are feeling.

"I have so much confidence in my ability to turn this around and do my best and get these things fixed, that I don't get too high or too low going through these things."

Meanwhile, the Eagles signed kicker Jake Elliott to a five-year contract extension through to 2024.