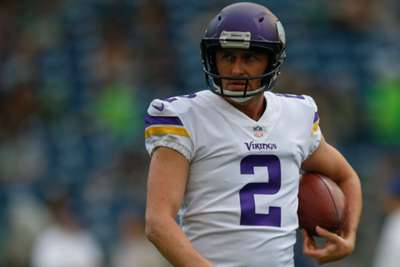 The AFC-leading New England Patriots have made another change at the kicking position by signing Kai Forbath and releasing Nick Folk.

Bill Belichick's 10-1 team have turned to their fourth kicker of the season having struggled for consistency at the position since Stephen Gostkowski went down with a season-ending injury in October.

Veteran Mike Nugent was originally signed to fill the role but he lasted just four weeks after making five of his eight field-goal attempts, with Folk kicking over the previous three games.

However, amid reports Folk had an appendectomy on Thursday, the Patriots have now turned to Forbath.

The 32-year-old former Washington Redskins, New Orleans Saints, Minnesota Vikings and Jacksonville Jaguars kicker is yet to make an appearance in 2019.