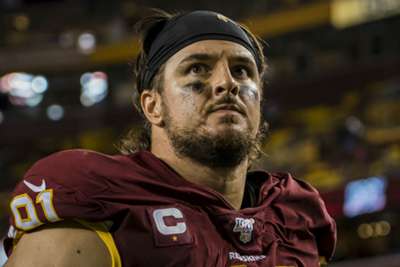 Ryan Kerrigan's streak of consecutive NFL starts will end at 139 as the Washington Redskins linebacker has been ruled out of Sunday's game due to concussion.

Four-time Pro Bowler Kerrigan was a first-round draft pick of the Redskins in 2011.

"I can't even begin to express how much he's meant to this organisation, what he's contributed, what he means to his team-mates and the type of pro he is," Callahan told reporters.

"There's no better example of what a pro should be in the NFL than Ryan Kerrigan."