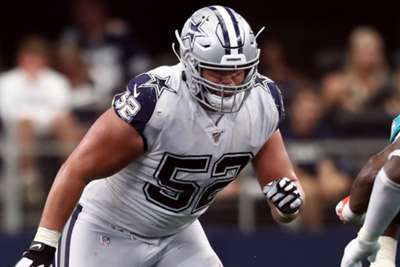 Williams suffered the injury during the 26-15 loss that left the Cowboys with a 6-6 record in the NFL.

"We like Connor a lot. Connor's been a good player for us," he said.

"He started a lot of games for us last year as a rookie and came back after his injury [knee scope] and did a good job for us in the playoffs.

"He's been the established starter at that left guard spot for us all year long. He's really grown and developed as a player and done a good job for us."

The Cowboys have lost back-to-back games, but still top the NFC East ahead of the Philadelphia Eagles (5-6).