Eagles running back Howard ruled out of Dolphins clash 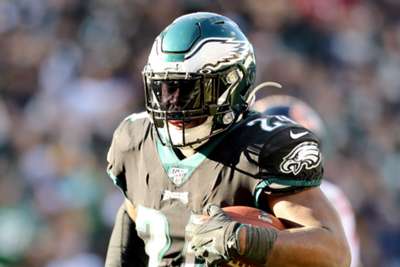 The Philadelphia Eagles have ruled running back Jordan Howard out of their Week 13 game with the Miami Dolphins.

Howard will miss a third straight game with a shoulder injury sustained in the Eagles' win over the Chicago Bears on November 3.

A trade acquisition from the Bears in the offseason, Howard has 119 carries for 525 yards and six touchdowns this year.

With Howard again on the sideline, the Eagles will likely turn to rookie Miles Sanders to carry the bulk of the load on the ground in a crucial game in their season.

The Eagles are 5-6, a game behind the Dallas Cowboys in the NFC East, and can ill-afford a defeat against the lowly Dolphins if they are serious about reaching the playoffs.