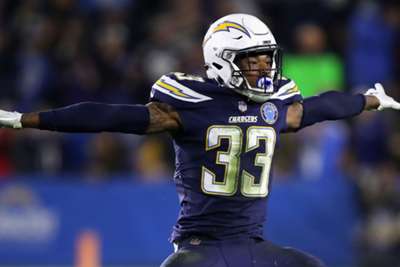 Derwin James is set to make his first appearance of the season having been activated ahead of the Los Angeles Chargers' Week 13 game against the Denver Broncos.

The second-year safety was a Pro Bowler last year having been selected 17th overall by the Chargers in the 2018 NFL Draft.

However, he underwent surgery in August due a stress fracture in his foot.

The Chargers also announced fellow defensive back Adrian Phillips, another Pro Bowler last season, has been activated having missed 10 weeks with a broken forearm.

However, with a 4-7 record in the AFC West, the Chargers face an uphill battle to return to the playoffs.