Adam Thielen out again against Seahawks 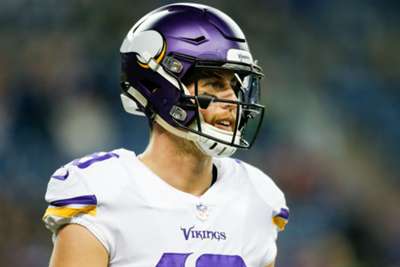 The Minnesota Vikings will again be without star wide receiver Adam Thielen against the Seattle Seahawks on Monday.

Thielen has missed the team's past two games with a hamstring injury but had been listed as questionable for the crunch Seahawks clash.

However, the Vikings announced on Sunday he had been downgraded to out, meaning Minnesota must wait another week before his return.

Thielen, who has seven touchdowns – six receiving, one rushing – this year, has been battling the issue since Week 7 for the 8-3 Vikings.

WR Adam Thielen (hamstring) and DT Jalyn Holmes (not injury related) have been downgraded to OUT for #MINvsSEA.