Hard to imagine Brady not being with Patriots – McCourty 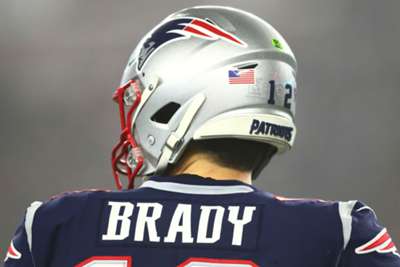 Devin McCourty is having a hard time imagining a world in which Tom Brady does not play for the New England Patriots, as speculation rages over the star quarterback's future.

The reigning champions fell to a surprise 20-13 loss against the Tennessee Titans in Saturday's AFC wild-card showdown, which may prove to be Brady's final game with the Patriots.

Brady confirmed retirement was "highly unlikely" but did not indicate whether he would remain with Bill Belichick's side.

McCourty was not able to shed any further light on Brady's next move, but heaped praise on the 42-year-old's enduring influence.

"I don't know his future, that's really on him," the Patriots safety said. "But I will say, from my second year being able to be a captain and sitting in those meetings and just hearing how he looks at the game, not just from a quarterback position but overall the game and hearing his input each week when we got ready to go on Friday mornings, taught me a lot as a leader.

"[It] taught me a lot from just understanding the game of football and how he looked at the game and the dedication and the preparation he put in.

"I got to learn that from Friday mornings at 7am, for nine years straight, I got to do that.

"But the business of football is what it is. No matter what, in my 10 years here to be able to learn from him and go against him, and from time to time intercept him at practice, has made me a way better player.

"I've appreciated everything he's done for me and trying to help me out along the way."