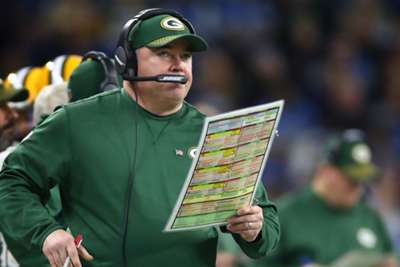 The Cowboys missed out on the NFL playoffs this season and belatedly confirmed Garrett would be departing on Sunday, with his contract up on January 14.

Having taken their time to dismiss the nine-year coach, Dallas moved swiftly to bring in the next man.

McCarthy, 56, who won Super Bowl XLV with the Packers, was a man in demand after spending a year away from the NFL following his sacking in Green Bay.

He had interviews with the Carolina Panthers, Cleveland Browns and New York Giants before heading to Texas over the weekend as Garrett's future became increasingly clear.

It is said Marvin Lewis was the only other option considered before the Cowboys made McCarthy their eighth permanent head coach.