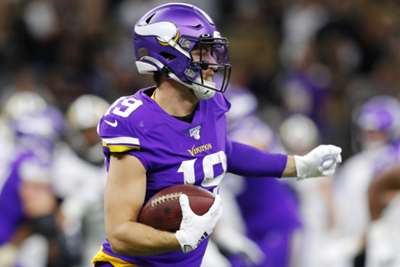 Minnesota Vikings wide receiver Adam Thielen remains hopeful of facing the San Francisco 49ers in the NFL playoffs despite being listed as questionable due to an ankle injury.

Thielen was limited in practice on Wednesday before missing Thursday's session in a worry for the Vikings.

The 29-year-old starred with 129 receiving yards during the Vikings' 26-20 win over the New Orleans Saints in their wild-card clash on Sunday.

The Vikings listed Thielen as "questionable" in their injury report on Thursday, but he is still hoping to be ready for Saturday's clash against the 49ers.

"For me, it's just like anything – you do what you have to do every day to be there on Saturday and try to help this team win," Thielen said, via the team's website.

In a boost for the Vikings, wide receiver Stefon Diggs practised on Thursday after battling the flu earlier in the week.