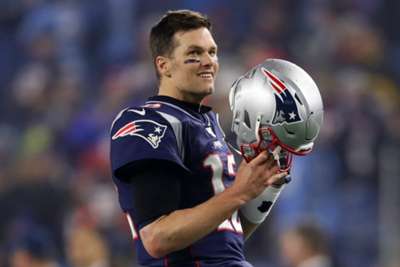 Tom Brady might not be leaving the New England Patriots after all.

Earlier this week the six-time Super Bowl champion sparked speculation he could be departing New England, or even retiring, when he posted an uncaptioned black-and-white photo of him in the tunnel at the Patriots' stadium.

NFL players such as Los Angeles Rams cornerback Jalen Ramsey were convinced it was a precursor to Brady announcing his departure.

However, the meaning of that picture became clear on Sunday as it was in fact a still from an advert for live sports on the station Hulu.

Brady began the commercial by teasing a big announcement.

"So to my team-mates, my family, and most of all my fans, you deserve to hear this from me," the 42-year-old said before discussing Hulu's service.

At the end of the advert, Brady said: "But me, I'm not going anywhere."

Brady, who has spent his entire 20-year career with the Patriots, is due to become a free agent this offseason.

I have an important announcement #ad pic.twitter.com/58KD1jmaC3