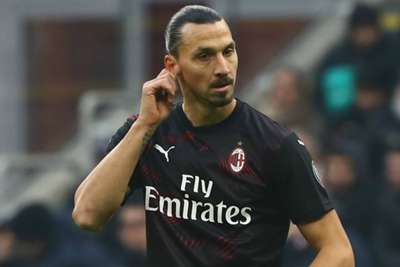 The Chiefs clinched their first Super Bowl title in 50 years with a 31-20 comeback victory over the San Francisco 49ers on Sunday.

When Ibrahimovic left the LA Galaxy late last year before agreeing a return to Milan, part of his message on Twitter read: "Now go back to watch baseball."

Inspired by that, the Serie A club congratulated the Chiefs on Twitter and a graphic read: "Now let's go back to watching AC Milan."

Ibrahimovic has scored two goals in five games since returning to Milan, who are eighth in Serie A.