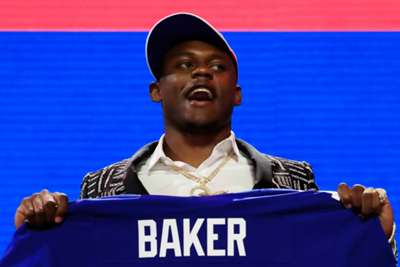 NFL players Deandre Baker and Quinton Dunbar are wanted by United States police for alleged armed robbery at a party in Florida.

Arrest warrants have been issued for both men, Miramar Police announced, after witnesses reported a disturbance at a gathering held on Wednesday evening.

According to an affidavit issued by the Miramar force, Baker, 22, who is a cornerback for the New York Giants, and Dunbar, 27, who plays for the Seattle Seahawks, are accused of being involved in the theft of thousands of dollars in cash plus watches.

Police quoted witnesses that said guns were used in the robberies.

Dunbar is subject to an arrest warrant for four counts of armed robbery with a firearm.

Both men are Florida natives.

Baker was a first-round draft pick in 2019 for the Giants, who traded up to 30th to select him.

Dunbar, who had four interceptions with the Washington Redskins last year, was traded to the Seahawks for a fifth-round pick in March.

(2/2) Firearm. Charges stem from an incident that occurred on May 13, 2020 in Miramar. A copy of the warrant and affidavit can be located at: https://t.co/uG5qWq97rX pic.twitter.com/fDm1YkOuTR