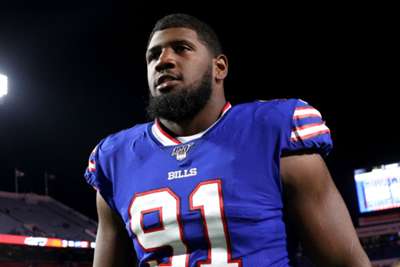 Buffalo Bills defensive tackle Ed Oliver was charged with driving while intoxicated and unlawfully carrying a weapon on Saturday in Houston.

Police found and pulled over Oliver's vehicle after another driver called 911 to say Oliver was failing to maintain a lane and driving dangerously in a construction zone.

A Montgomery County Sheriff's deputy said Oliver had an open beer between his legs and was given a field sobriety test.

Oliver was then transported to a hospital for a mandatory blood draw before being jailed. Police said a search of the vehicle discovered a pistol.

Buffalo selected Oliver with the ninth overall pick in the 2019 NFL Draft out of the University of Houston. He was named to the Pro Football Writers of America All-Rookie Team after posting 43 tackles and five sacks while appearing in all 16 regular-season games.

"We are aware of the situation and we are gathering more information," the Bills said in a statement. "We will have no further comment at this point."