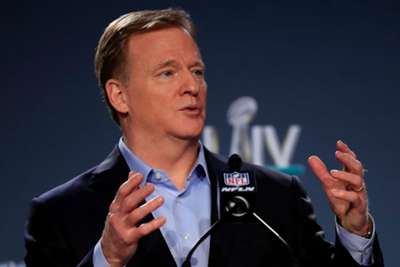 The NFL announced on Tuesday new policies to increase employment and advancement opportunities for minorities and women.

"The NFL is committed to diversity, equity, and inclusion, which I believe is critical to our continued success," commissioner Roger Goodell said in a statement.

"While we have seen positive strides in our coaching ranks over the years aided by the Rooney Rule, we recognise, after the last two seasons, that we can and must do more. The policy changes made today are bold and demonstrate the commitment of our ownership to increase diversity in leadership positions throughout the league."

In the last two seasons, only two of the 13 open head coaching positions were filled by minorities. Currently in the NFL there are only four minority coaches and two general managers.

The league also announced that NFL teams are no longer able to block assistant coaches from interviewing for coordinator jobs with other clubs. Teams may still prevent an interview if they believe it is not for a "bona fide" position, and any clarification on what is deemed a "bona fide" position will be determined by Goodell.

"We believe these new policies demonstrate the NFL owners' commitment to diversity, equity and inclusion in the NFL," said Art Rooney II, Pittsburgh Steelers owner and chairman of the league's workplace diversity committee.

"The development of young coaches and young executives is a key to our future. These steps will assure coaching and football personnel are afforded a fair and equitable opportunity to advance throughout our football operations.

"We also have taken important steps to ensure that our front offices, which represent our clubs in so many different ways, come to reflect the true diversity of our fans and our country."

While the league is taking steps to increase diversity, one of the more controversial proposals, which would have rewarded teams that hired minority coaches or general managers with higher draft picks, was tabled by the owners.