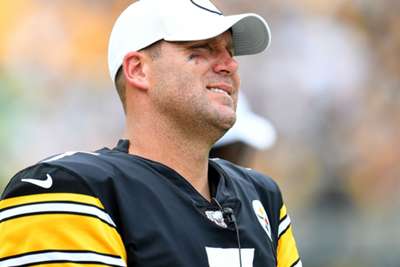 Pittsburgh Steelers wide receiver Ryan Switzer recently met up for a throwing session with Ben Roethlisberger and reported that the veteran quarterback is throwing with no signs of last year's elbow surgery that ended his 2019 season after two games.

Switzer, fellow receiver JuJu Smith-Schuster and running back James Conner were part of the workout with Roethlisberger, who said earlier in the offseason that he had been holding back during rehab to strengthen the elbow without overworking it.

"You know, like when the ball cuts through the air and you can hear that 'pfft-pfft-pfft' sound," Switzer told The Athletic.

"That's what JuJu said it sounded like.  I didn't hear it but, man, I have been trying to catch with no gloves for a couple of months to build up these callouses but ask my hands how they feel catching his throws."

Switzer has participated in sessions with Roethlisberger since February, so he knows exactly how much progress the quarterback has made.

"It's leaps and bounds different from when he first started," Switzer said. "There was no restraint, no hesitancy, he was just out there. He has been throwing like that for a while, and in my opinion at least, getting out there on that field for the first time and throwing full-speed routes was refreshing."

Roethlisberger will be entering his 17th NFL season and ranks fifth among active quarterbacks with 363 passing touchdowns and fourth with 56,545 yards.