Tom Brady: QB does not want to ´be the almighty´ with Buccaneers 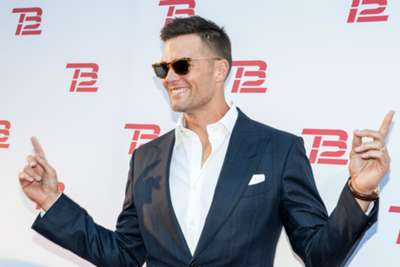 Licht also paid tribute to the influence of head coach Bruce Arians in the Bucs' ability to sign Brady after the 42-year-old left the New England Patriots in free agency.

The GM insisted he has no concerns over the win-now mindset for the Bucs having a negative impact on a roster with limited postseason experience, the team's last playoff win having come in the 2002 season.

"He didn't want to come in here and be the almighty, " Licht said about Brady in an interview with ESPN.

"He just wants to make sure that his team-mates respect him. And he's got something to prove.

"I don't have a lot of concerns on that [the urgency to win affecting the roster] right now."

I have quoted Theodore Roosevelt’s “Man in the Arena” speech since I saw it painted on our weight room wall at UM in 1995. It’s a constant reminder to ignore the noise, buckle my chinstrap, and battle through whatever comes my way.

Arians is eyeing a first Super Bowl title as head coach and while Brady has six with the Patriots, no team has ever won the Lombardi Trophy at homefield, an opportunity the Bucs have in the upcoming season.

Licht is confident the partnership of Arians, 67, and Brady represents "a perfect marriage" for the franchise.

"Getting Tom here, quite frankly, started with hiring Bruce last year," added Licht. "I don't know if we would be in this situation right now without Bruce Arians as our head coach.

"And they're kind of living parallel lives right now; they've got something to prove, and they want to do it now.

"We have a head coach that, to be quite frank, isn't gonna be here for the next 15, 20 years coaching the Buccaneers.