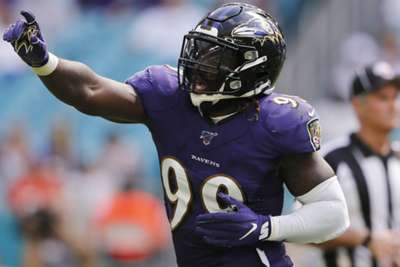 Matthew Judon will officially return to the Baltimore Ravens after signing his franchise tag on Thursday.

The Ravens had placed the franchise tag on Judon in March, and as being tagged as a linebacker, he will make an estimated $16.3million in 2020.

A fifth-round pick out of Grand Valley State in 2016, Judon has been a key part of Baltimore's defense, racking up 24.5 sacks over the last three NFL seasons.

The 27-year-old earned his first trip to the Pro Bowl in 2019 after starting all 16 games for the first time in his career, while tallying a personal-best 9.5 sacks with four forced fumbles and 33 quarterback hurries.