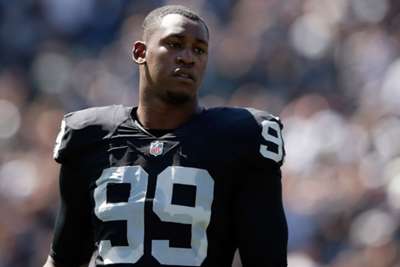 The NFL reinstated Smith from an indefinite suspension earlier this month, allowing the former All-Pro an opportunity to return to American football for the first time since November 2015.

Despite an extended absence, Smith – who signed a one-year contract with the Cowboys – does not believe he will be impacted by his time away from the game.

Listen to Aldon Smith's conference call as he is introduced to the media for the first time as a member of the #DallasCowboys.

Smith added: "It has been a journey, indeed, and a journey I'm grateful for. I've had time to really work on myself and take advantage of all the support and things that have been offered to me.

"The way I look at where I am now to who I was in the past, I was a young teenage boy in a man's body, so a man on the outside but a boy on the inside. The way I handled the issues, life, was in that immature manner and that was fear-based and not just handling things the way I should have.