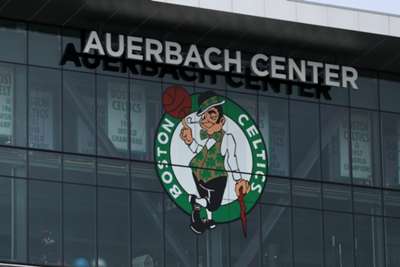 The coronavirus pandemic has wreaked havoc across the globe, especially in the United States, where the NBA, MLS and NHL seasons have been postponed since March.

But the Celtics, Boston Red Sox, Boston Bruins, New England Patriots and New England Revolution will be able to resume practicing next month, in compliance with the health and safety rules set in place by their respective leagues.

"The leagues are obviously working hard to host games again and I think we all hope opening practices will make that happen a little sooner," Baker said on Friday.

"For all of us, live sports and especially pro sports would be a great thing to see again. It's not only a significant milestone for fans, but also a signal that we continue to do all the things we need to do."

NBA franchise the Celtics, meanwhile, will allow voluntary individual workouts at the Auerbach Center on Monday.

Under @NBA rules, we will be allowing phased limited access to the Auerbach Center at @newbalance World Headquarters, beginning with voluntary individual player workouts starting on June 1.

The NBA has been on hiatus since March, but the league is reportedly planning to restart the 2019-20 campaign on July 31.

"We're happy that our players will now have the option to work out individually in a safe environment at the Auerbach Center, and we hope it signals a step back towards playing basketball again," Celtics president of basketball operations Danny Ainge said.

The Celtics (43-21) were third in the Eastern Conference, behind NBA leaders the Milwaukee Bucks and defending champions the Toronto Raptors at the time of the postponement.