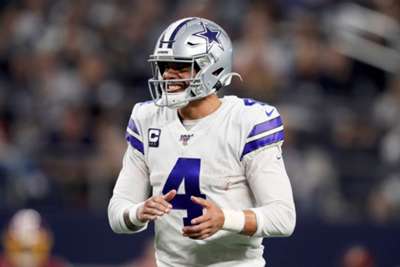 Dallas Cowboys quarterback Dak Prescott will pledge $1million to improve police training and address systemic racism through education and advocacy in the United States following the death of George Floyd.

Floyd died in police custody in Minneapolis last week, prompting demonstrations and riots across the United States and beyond.

Prescott commented on the situation with an Instagram post on Wednesday that started: "As a black multiracial American, I am disgusted and unsettled!"

Prescott backed those protesting but does not believe looting or violence is the answer.

He said: "I have viewed these protests and riots in our streets as a form of strength and an attempt to show we as black people have rights that aren't being perceived equally as our counterparts."

Prescott also had something to say to the "men and women that police our streets".

"I have the utmost respect for those of you with a passion for protecting and serving your communities. When you chose to wear the badge of a police officer, you pledged to PROTECT life and property through the enforcement of our laws and regulations," he said.

"How can you claim to uphold the law when those within your own ranks don't abide by it? You need to hold your own accountable!"

Prescott said he is taking action with the donation and "will act alongside of all of you!"

He added: "We will clean our streets and our communities not only of the looting and violence, but most importantly the racism, racial-profiling, and hate!"