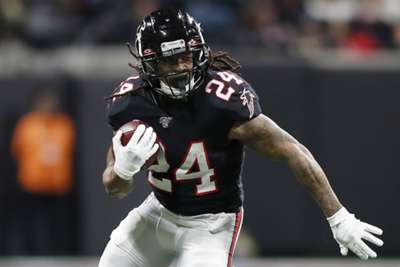 Devonta Freeman urged the Tampa Bay Buccaneers to start negotiations with him after Bruce Arians indicated the NFC South team do not have the cap space to sign the running back.

Freeman has been a free agent since being released by the Atlanta Falcons after the 2019 season - his sixth in the NFL - when he rushed for a disappointing 656 yards on 184 attempts and averaged only 3.6 yards per carry.

However, having failed to reproduce the type of numbers he put up before signing that deal, there has been little concrete interest in the 28-year-old running back so far this offseason.

The Bucs had the 24th-ranked rushing attack in 2019 and are in the market for a veteran in the backfield to complement new quarterback Tom Brady, who frequently utilised versatile backs like Freeman with the New England Patriots.

And while confirming his interest in Freeman, head coach Arians suggested the back's salary demands are too rich for Tampa Bay.

"If his price tag was reasonable," Arians told reporters when asked if Freeman was on his radar.

The Bucs are up against the cap and have little wiggle room heading into the 2020 season.

However, Freeman has noted Arians' comments and posted a message on Twitter that suggested he would be open to discussing terms.

"I read in the media that [the] Tampa Bay Buccaneers are interested," Freeman wrote.

"A number of teams are interested, but we can't negotiate through the media, the Buccaneers can reach out to me directly." 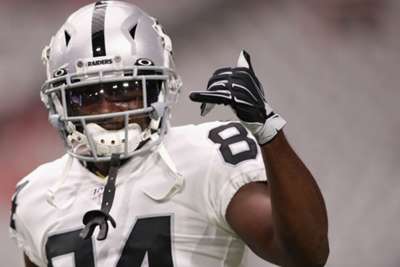