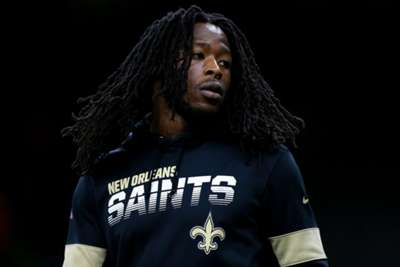 Alvin Kamara will be supporting Bubba Wallace in Miami on Sunday, having become a NASCAR fan following its decision to ban the Confederate flag this week.

The Confederate flag - which is viewed by many as a symbol of racism and slavery - was banned from all NASCAR races and properties in a decision made prior to Wednesday's race at Martinsville Speedway.

Its banishment came amid a renewed focus on the Black Lives Matter movement following the death of George Floyd in police custody in Minnesota on May 25.

NASCAR's decision was praised by many sports stars, including New Orleans Saints running back Kamara, who watched Wednesday's race with interest and tweeted the division to ask when the next race was.

On Saturday, the three-time Pro Bowler tweeted a picture of some merchandise of Wallace, NASCAR's only black driver, confirming he would attend the Cup Series' latest race at the Homestead-Miami Speedway.

Wallace is a fan of the University of Tennessee, where Kamara played two seasons of college football prior to entering the NFL in 2017.