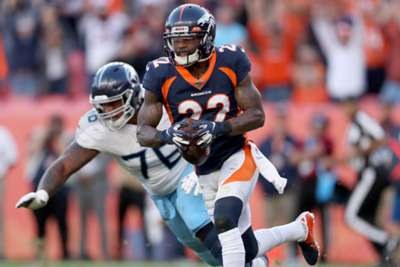 Jackson told NFL Network's James Palmer he tested positive on Wednesday after having flu-like symptoms, chills and being congested.

The 32-year-old becomes the second known NFL player this week to be diagnosed after Dallas Cowboys running back Ezekiel Elliott on Monday.

It is unknown when Jackson contracted the virus, but he did participate in a march in Denver earlier this month to protest racial inequality in the wake of the death of George Floyd.

A first-round pick out of Alabama in 2010 by the Houston Texans, Jackson spent his first nine seasons in Houston before joining Denver in 2019.

He was fourth on the Broncos in tackles last season with 71 and had two interceptions to give him 18 in his career.