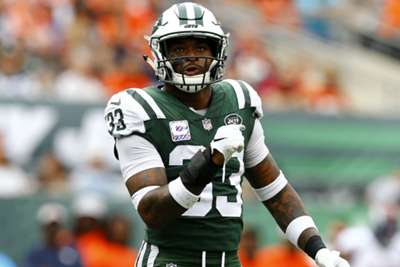 Frustrated New York Jets safety Jamal Adams is done waiting for a contract extension and has formally asked for a trade.

His request to be traded on Thursday came hours after he vented his displeasure via Instagram with the lack of headway on a new deal.

"I'm [going to] protect myself just like an organisation will look out for themselves at the end of the day," the two-time Pro Bowler wrote.

While Jets general manager Joe Douglas has maintained he wants Adams to be a Jet for the rest of his career, the 24-year old is fed up with the contract talks going nowhere and Thursday's post was his second Instagram rant in five days.

"I can't even get my first proposal that they said they would send over in January," Adams wrote on Saturday. "I was called 'selfish' tho! Lol A lot of talk no action."

The sixth overall pick of the 2017 draft, Adams is entering the fourth year of his five-year rookie deal. He is under contract for $3.6million this season and $9.9m in 2021.

Adams, who was named an All-Pro last season after finishing with a career-best 6.5 sacks, is likely looking to be one of the highest-paid safeties in the NFL.