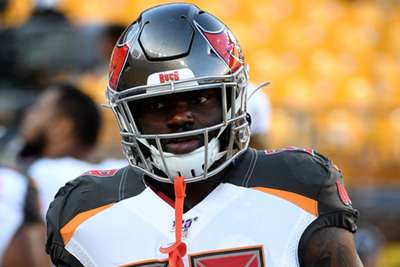 Tampa Bay Buccaneers linebacker Shaquil Barrett broke out in a big way last season and will get paid one way or another and that could come as early as Friday.

One of five remaining NFL players who has not signed their franchise tender, Barrett was asked on Wednesday why he has not put pen to paper yet.

"It's still up in the air right now, about 50-50," Barrett said on the NFL Network. "We'll find out a little more information on Friday."

After totaling 14 sacks in 61 games over four seasons with the Denver Broncos, Barrett led the NFL last season with 19.5 sacks and earned his first Pro Bowl bid. He surpassed Warren Sapp's previous franchise record of 16.5 sacks in 2000.

Barrett also led the league with 37 quarterback hits, ranked third with six forced fumbles and had his first career interception.

Barrett has a $15.8million tender available to sign unless he and the Bucs can work out a long-term deal by the July 15 deadline.